Bibo is big on style. It’s sleek, without trying too hard for the Instagram crowd. Think: terracotta-toned, faux-adobe walls, Scandi-style drinking glasses that have an enigmatic coloured bead inside, and a vast, rose-gold, mirrored bar.

That stylishness was on show in the food presentation, too. The tapas dishes show plenty of intricate, artistic touches. Bibo’s patatas bravas – a Spanish staple, usually a bowl of crispy spuds, slathered in a sloppy tomato sauce – was instead attentively designed. Each perfectly round potato was lined up like a carb-heavy game of four-in-a-row, with a tiny, swirly hat of aioli balanced on each one, sprinkled with the tiniest flecks of basil. They were delightful.

We also ordered the grilled avocado salad, which was, again, not a tumbled-together tangle of lettuce and cucumber but a delicate sea of avocado boats, sailing on a feta foam. It was extremely tasty, but a bit on the expensive side, what with it being £13 for just four small avo halves on the dish.

As a vegetarian, I left the oxtail brioche (helpfully described as ‘very oxtaily’) and the cod fritters to my boyfriend. He enjoyed both: the top of the brioche was a well for a gooey, meaty gravy; the cod fritters were just very posh, surprisingly yellow fish goujons. The vegetarian equivalent, porcini croquetas, were evidently much better: bursting with a creamy, umami mash and perfectly crispy. We ordered a second plate, and I genuinely considered getting a third.

Next, bread and oil, plus pan con tomate. The bread was a delightfully chewy sourdough, and the tomatoes were extremely fresh, but it’s missing seasoning. The dish needed a good crack of black pepper and salt to justify the £6 price tag, but it still felt overpriced. After two years of not being able to travel, sitting and eating good bread and good tomatoes felt like a close approximation of dinner in a Mediterranean taverna.

The only element that felt distinctly less cool was, weirdly, the music. The booths were beautiful, the crockery was all stunning, and the staff wore pale-pink suits (and were extremely lovely). But the playlist was a strange mix of early 2000s club classics and, bizarrely, Barry White. I heard more Peter Andre at my dinner than I have since my last school disco. Still, it kind of took the edge off what could be slightly too overengineered.

The drinks made the music sound actually kind of good after a while, too. My boyfriend and I were slightly competitive about cocktails. Basically, I have a knack for ordering well, and the menu was pretty atypical, so I saw it as a challenge. No Sex on the Beach here, please: there was a sherry-and-chocolate-bitter pairing and a smoked pumpkin whisky sour, plus three different grown-up Sangria options. I ordered the Cartaginesa, and my reign of picking the best thing on the menu was over: it tasted too much like doing tequila shots as a student on a school night for my liking. However, my boyfriend’s drink, the signature Bibo old fashion, was smokey and complex – I immediately ordered one for myself.

Michelin-anointed Spanish chef Dani García opened Bibo last August inside The Mondrian Hotel, which was a pretty wild time to launch a restaurant. After a rocky winter, the space was clearly buzzing and busy again. Tucked away down a Shoreditch side-street, you might miss it from the exterior, but its chic interiors and punchy dishes make it well worth seeking out.

The vibe A bustling restaurant space with surprisingly cheesy tracks.

The drinks Decently priced cocktails with refreshing non-alcoholic options, too. The signature smokey Bibo Old Fashioned is a must.

Time Out tip Sit in one of the round booths in the corner for the most romantic spot in the room. 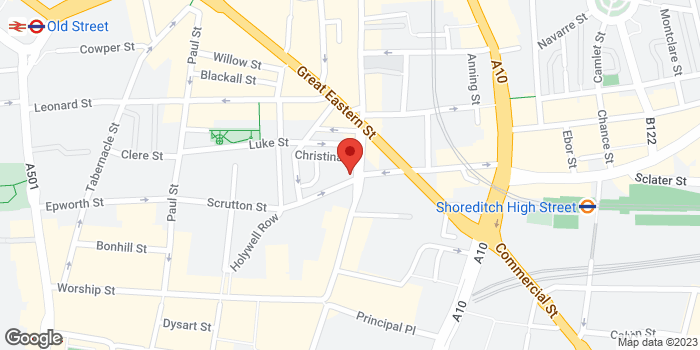 Do you own this business?
Sign in & claim business

You may also like
Bestselling Time Out offers
More venues