The best restaurants in Rio de Janeiro have it all, from authentic feijoada, killer barbecue or Michelin-starred eats

Much like its audacious mountains-meet-sea topography, Rio’s meals pack a big, sensorial punch: sizzling all-you-can-eat barbecues at neighborhood churrascarias; the hearty pork-and-bean feijoada stew; salt-crusted sardines grilled right on the beach. All cut through with the citrus-sweet kick of a caipirinha.

From snack-bar kiosks on seemingly every corner, doling out cheese dough balls or popcorn, to the perennially popular por kilo buffet joints (a quintessential thing to do in Rio), there are plenty of ‘bom e barato’ (cheap and good) options to keep hunger at bay in the Marvelous City. At its lively pub-like botecos, portions are often enough for two to share.

Rio has traditionally been cast as a meat lovers paradise, but these days vegetarians are better catered for, as are gourmands seeking contemporary Michelin-starred fine dining.

In fact, cariocas (locals) tend to see eating out as a daily occurrence – why not follow their lead at these mouthwatering venues? 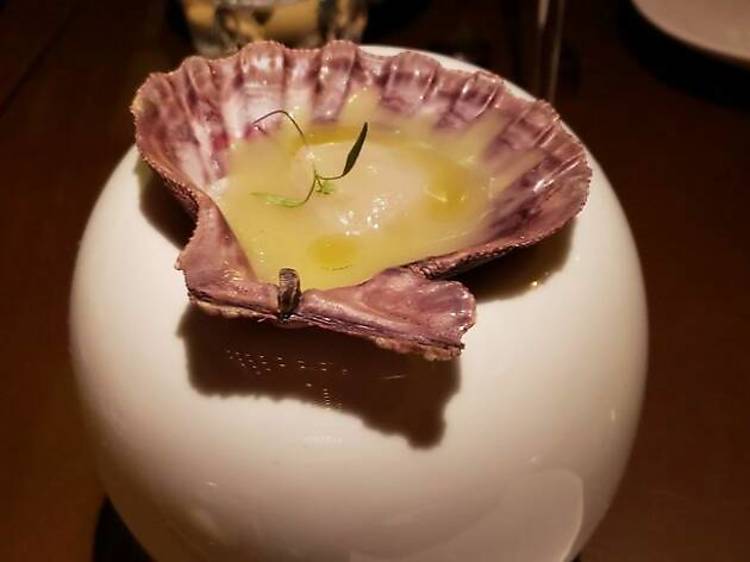 What is it? Celebrity chef Felipe Bronze is the creative force behind this uber-trendy Leblon haunt, serving what he dubs ‘Brazilian Vanguard Cuisine’.

Why go? An inspired reimagining of Brazil’s culinary heritage – centered on open-flame cooking – has snagged Oro both a Michelin star and a spot on the world’s 50 best restaurants list. Whether dining on the ‘Creativity’ tasting menu, which celebrates seasonal produce, or the abridged ‘Affectivity’ menu of two signature dishes, award-winning sommelier Celia will (Bronze’s wife) will select perfect wine pairings. 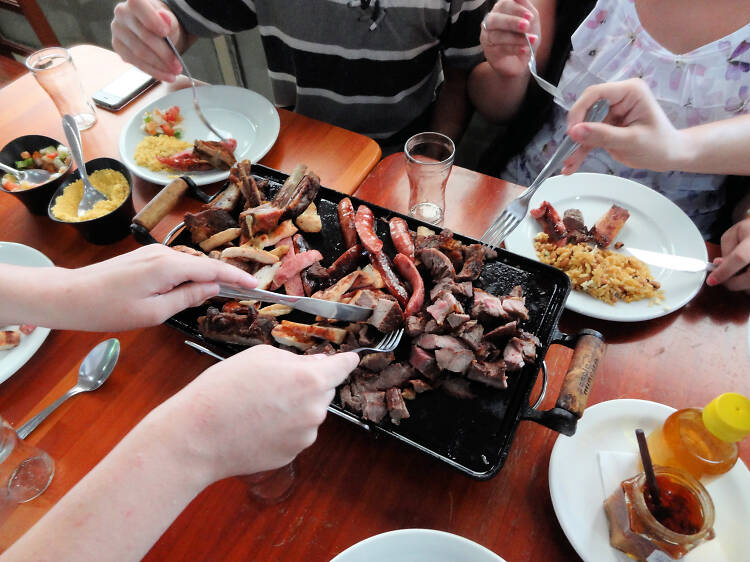 What is it? Veer off the tourist trail at this vast market dedicated to all things northeastern Brazilian.

Why go? Hundreds of food and drinks stalls makes this an excellent place to sample authentic, spicy regional cuisine, including plenty of seafood options. You’ll forget the accusation that Brazilian food can be bland when you get your chops around the chili peppers and pepper sauces offered here. 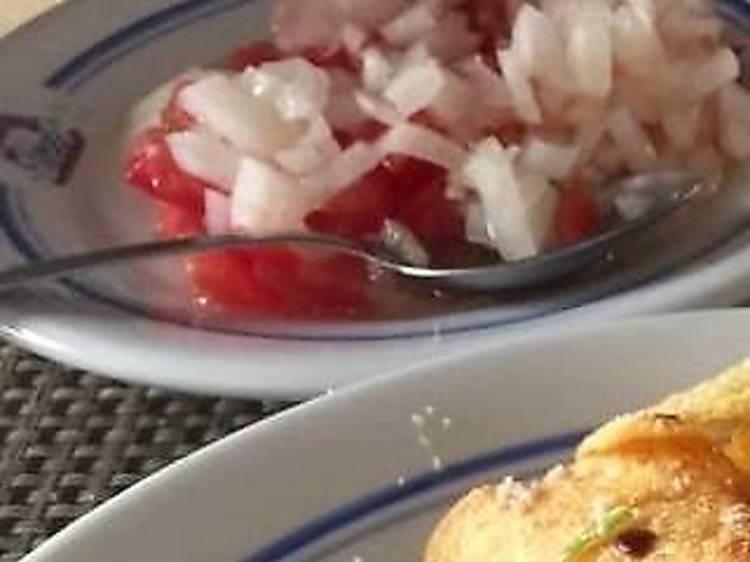 What is it? Gavea’s ever-popular churrascaria is all about quality over quantity, serving simple yet satisfying meaty classics.

Why go? Unpretentious and authentic, the space may be tiny, but the portions are far from it. Order the picanha, a cut that’s tricky to find outside Brazil, and sausages drizzled with lime. No matter if there’s a wait for the staff to squeeze you in: sip a draft beer and soak up the lively carioca atmosphere. 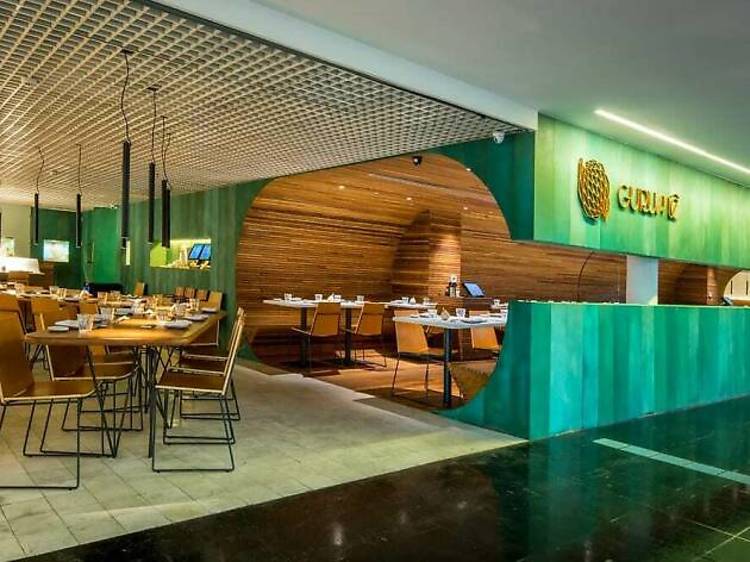 What is it? Rio’s sushi scene is thriving, and this is its sophisticated leader, with four branches. 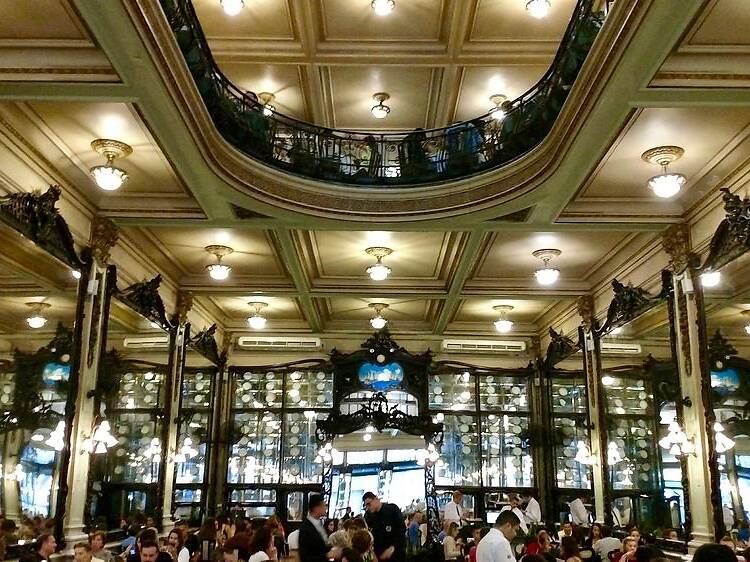 What is it? Take a step back in time at this belle époque beauty, where the delicate pastries are every bit as photogenic as the historic interiors.

Why go? You’ll be hard-pushed to find a more elegant café, anywhere in the world. Ornate mirrors, a stained-glass ceiling and vintage silverware nod to over a century as Rio’s patisserie palace. Mille-feuilles, fruit tartlets and macarons fill the glass cabinets. To beat the inevitable queues, arrive before midday. 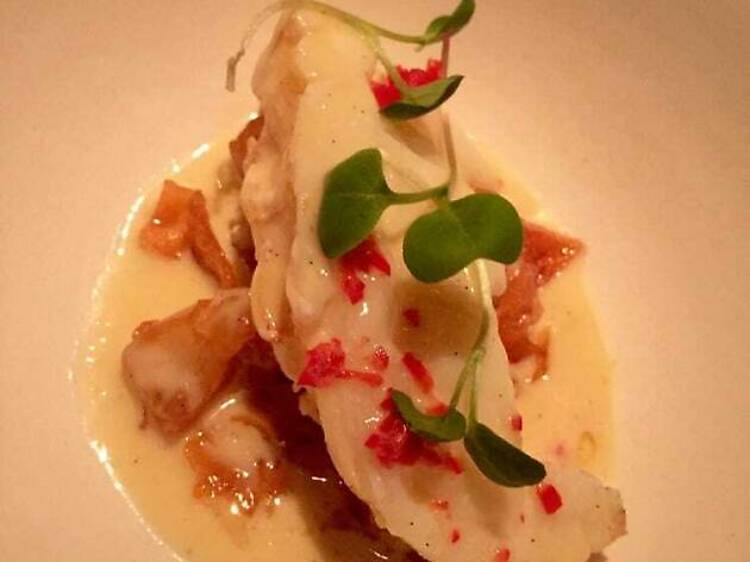 What is it? Tucked away on a leafy street beside the Rodrigo de Freitas Lagoon, you’ll find Chef Claude Troisgros’ longstanding fine-dining flagship. 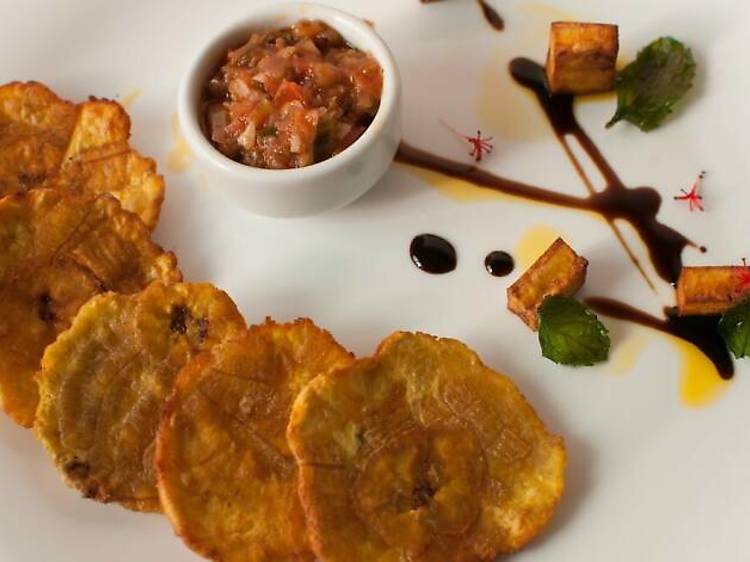 What is it? Don’t be deterred by the favela location; travelers rave about the homecooked food, fresh juices and caipirinhas at this charming pousada.

Why go? A warm welcome awaits from the Belgian-Colombian owners, who will usher you to a terrace table – we defy you not to gasp at the views over Copacabana (or resist taking a hundred photos). Order the legendary Latino platter, heaped with tasty morsels like bolinhos de aipim (manioc fritters), empanadas and skewers. 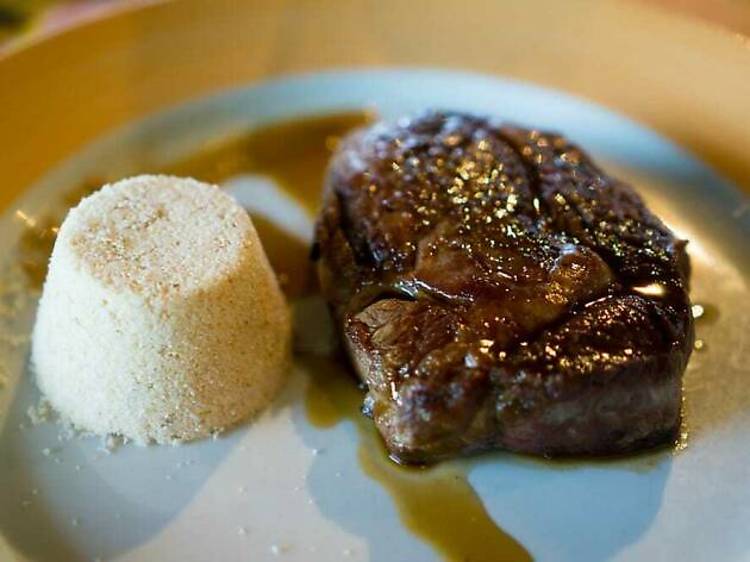 What is it: Set in a hilltop mansion in Santa Teresa, family-run Aprazivel holds several secrets: enchanting gardens, fresh ingredients cooked with aplomb and some of the best views of the city.

Why go? Aprazivel’s treehouse-esque bamboo pavilion is an atmospheric spot in which to gorge on classic Brazilian flavors – think: heart of palm with olive and herb pesto, fried fish with Amazonian berry sauce and caramelized bananas with cinnamon ice cream. Reserve for a Thursdays to enjoy live Brazilian jazz during dinner. 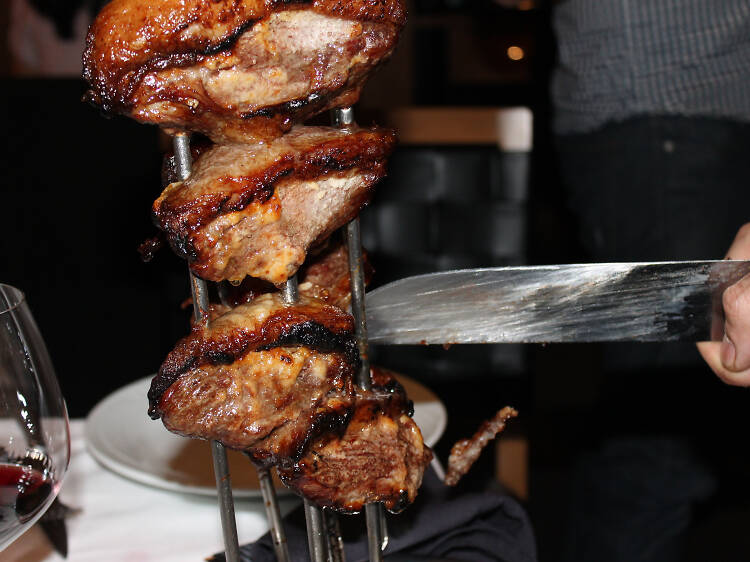 What is it? Vegetarians, avert your eyes: this Brazilian steakhouse chain is renowned for its all-you-can-eat meat feasts.

Why go? Beef, chicken and other grilled meats are carved tableside, while a varied self-serve buffet of salads and desserts waits in the wings. Large and lively, it’s a great shout for families, as kids under six eat for free (extending to 7-12-year-olds on Friday-Saturday). The scenic waterfront branch in Botafogo is our favorite. 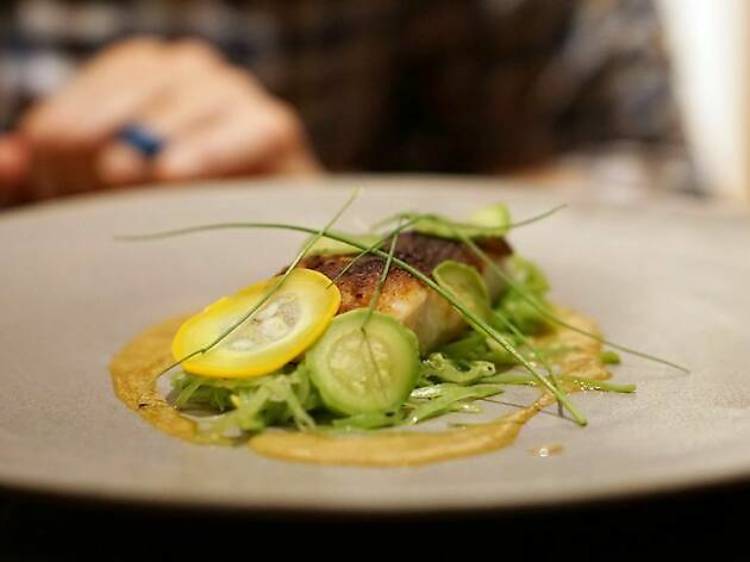 What is it? A farm-to-table concept for Rio’s most discerning diners, via modern Basque-inspired cuisine.

Why go? With its own urban garden and several acres outside town, this award-winning restaurant celebrates seasonal abundance across an epic 12-course tasting menu. The produce may be humble, but Chef Rafa Costa e Silva brings experience from leading kitchens in Spain and the States. On top of the appealingly sustainable ethos, dishes are presented oh-so-prettily and complemented by an impressive wine list. 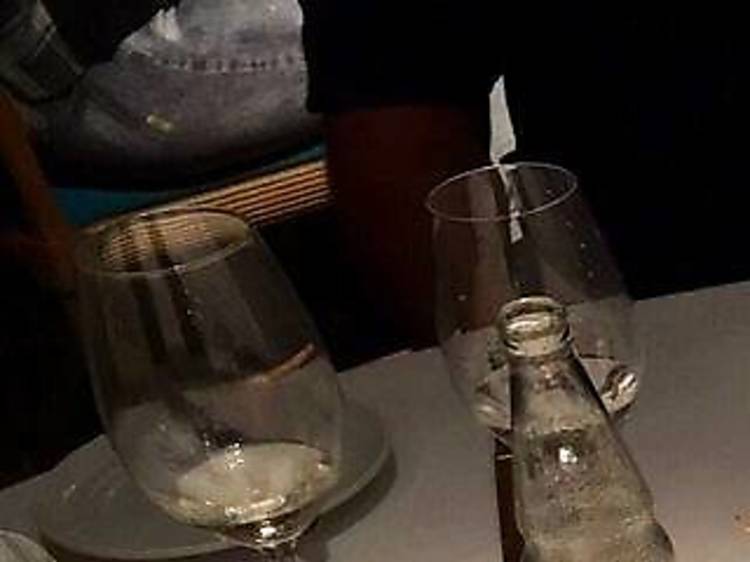 What is it? After the best seafood in town? You may well find it at this upmarket, Italian-influenced hotspot in Ipanema.

Why go? The briny delights begin the moment you step inside, with a display of fresh catch and lobster tanks. Such fresh produce needs little embellishment – signature delicacies such as Southern King Crab (shredded crab served with lemon and oil) and sea bream in salt strike the perfect note. No wonder Madonna and Jared Leto included Satyricon on their Rio itineraries. 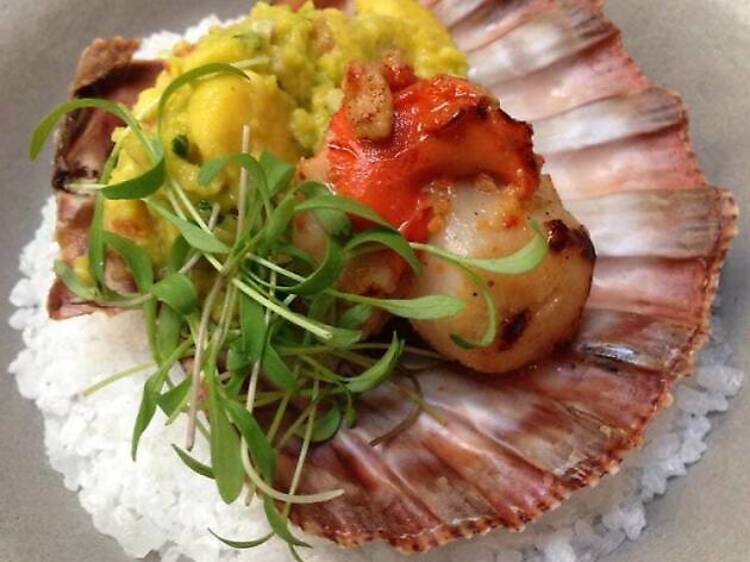 What is it? Elevated post-beach bites at Cristiana Beltrão’s Ipanema restaurant.

Why go? The al fresco oyster bar is a particular draw, for maximizing your exposure to Rio’s balmy weather. Dishes like mussels with orange zest, sardines with organic vegetables or crab meat with fennel puree are deliciously light and flavorsome, and even better washed down with a glass of Brazilian sparkling wine. 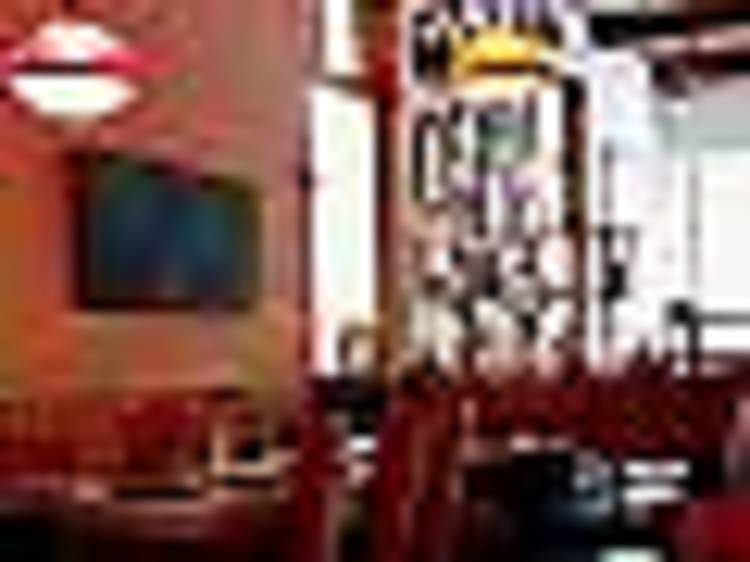 What is it? Miam Miam’s innovative fusion food, excellent cocktails and retro furnishings have proved a hit with the hipster crowd in Botafogo.

Why go? The unique bistro-style menu livens up your palette after Brazil’s often heavy traditional fare. Broccoli rice with roasted garlic, duck with watercress risotto and pork rice with caramelized pineapple are among Miam Miam’s current offerings. A great option if you’re gearing up for a night out in this lively neighborhood. 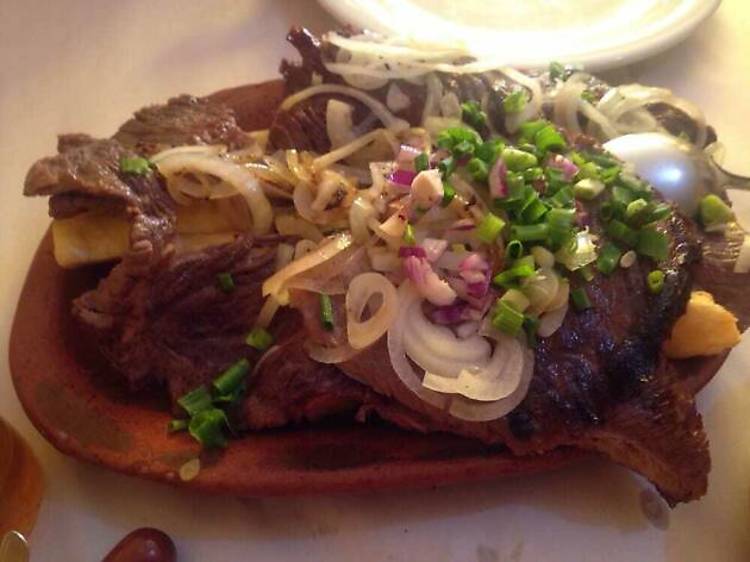 What is it? This homely Santa Teresa spot – popular since the 1970s – specializes in northeastern Brazilian food at reasonable prices.

Why go? Tuck into hearty dishes such as sun-dried meat with cassava, or 'queijo coalho', (slabs of grilled cheese). Spoon over the extra-fiery pepper sauce if you dare. Set meals for one easily serve two or even three. Paintings by the Chilean artist Selarón and shelves lined with cachaça bottles add to the cozy atmosphere. 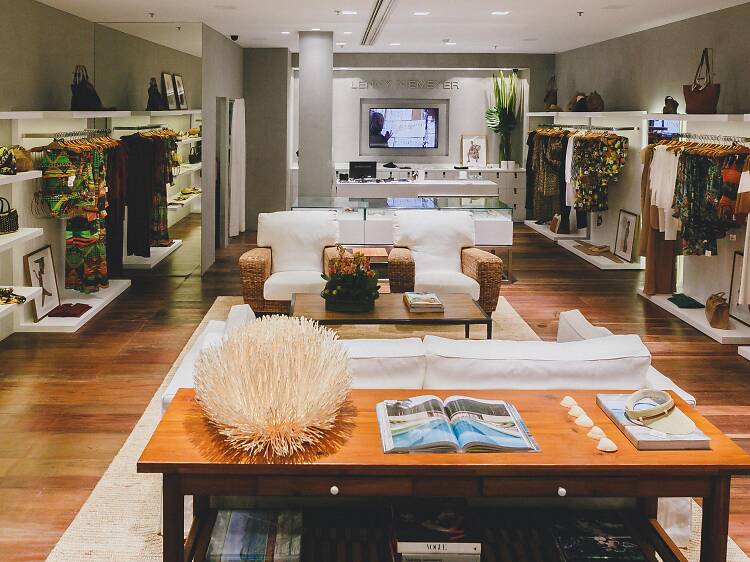 Brightly-colored, breezy and a little boho, no wonder carioca (anything that is born or made in Rio) brands have such a global following; who wouldn’t want to bring a slice of Rio’s sand-in-the-toes, beach style home? A rainbow array of Havaiana flip-flops and glam swimwear are easy to cram in your suitcase, while those with deep pockets and an eye for design could get carried away at the city’s treasures troves of iconic Brazilian furniture.